The fifth house is the house of creativity and includes everything one creates including progeny.

It deals with tastes and fancies artistic talents. The type of recreation, entertainment, amusements, sports, romance and similar interest that appeal to a person is denoted by this house. It is connected with all material and physical pleasures like games, sports, cinema, opera, drama, music, dance and amusements of all sorts.

The fifth house being a trine house, indicating poorva punya shows what meritorious deeds one could have done in the previous birth. It is also concerned with speculative affairs and all matters of enterprise prompted by the desire nature. All games of chance like cards, crossword puzzles, dice, horse, shares, lottery, gambling or betting come under the domain of the fifth house. The native's love affairs, the degree of success or failure achieved in love affairs, courtship and licentiousness, the legitimate and illegitimate attraction prior to wedlock or after marriage come under this house.

It may be said to represent the seat of the physical and magnetic attractions between the opposite sexes. This house refers to the fifth sign of zodiac, the Leo or the Simha. The natural significator of the fifth house is the planet Jupiter. The part of the body ruled by the fifth house is the heart and upper and middle part of back or spine. As per Mundane or State or Political Astrology, the fifth house signifies matters relating to national affairs, envoys and ambassadors.

All places of entertainment and speculation like theaters, music halls and places of amusement, education, stock exchange and race course. The child population and birth rate of the country is also denoted by this house. It governs all the matters signified by the youth affairs, entertainment, sports and education ministry.

Sixth House The 6th house rules a person's health and sickness, diet, debt, labor, service, work, daily routine, co-workers, maternal uncles and aunts, sin, wicked act and fear. The sixth house indicates disease and sickness, the real state of the disease, recovery from it and whether it is of a long or short duration.

This is also related to food, dietary habits and daily routine as most of ill-health is often due to improper management of these. The sixth house is also connected with work and the service rendered by the individual.


It also denotes his employees, subordinates or servants —whether he is in the service of others or he has others as his employees. The condition and faithfulness of his inferiors is to be ascertained from this house. The sixth house is the house of debt or borrowing. This house also governs pet animals and small cattle, domestic creatures, tenants, dress and hygiene, sanitation, dietetics, food and clothing. This house refers to the sixth sign of zodiac, the Virgo or the Kanya.

The natural significator of the sixth house is the planet Mercury. The parts of the body ruled by the sixth house are the pancreas, stomach, intestinal tract, duodenum and the digestion process. As per Mundane or State or Political Astrology, the sixth house rules the working class, sanitation and public health. It signifies the army, navy and air forces, which are the main line of defense of a country. It governs all the matters signified by the ministry of health, defense, labor, employment and human resource development.

Seventh House The 7th house rules a person's relationships and partnerships, marriage, wife or husband, legal bondage, lawsuits, quarrels, divorce, open enemies. The 7th house rules any person with whom the one interacts that is 'the other' it can be colleague, client, layer, doctor or any one, the opponent. It also governs the niece and nephew. The seventh house is the "house of union or earthy ties", it mostly means the marriage. Besides the life partner, the partner in business and the degree of success achieved through such partnership is also shown by this house.

Fines, divorces, legal bondage, agreements, contracts etc. The 7th house shows break of journey. It is also one of the maraka or death inflicting houses the other being the 2nd house. For common signs Gemini, Virgo, Sagittarius and Pisces, the 7th house is also the bhadhak or life obstructing house. This house refers to the seventh sign of zodiac, the Libra or the Tula.

It governs all the matters signified by the external and overseas affairs ministry.


Eighth House The 8th house rules a person's longevity, defeat, insult, sorrow, scandal, obstacles, impediment, transformation, regeneration, sexuality, unearned money, occult matters and death. The eighth house is considered to have a direct bearing upon one's longevity or span of life as this house conveys the type of death, whether a natural death or an unnatural one such as by drowning, fire, accident or suicide or to chronic diseases and whether it is a slow or sudden and violent death.

All that is related to inheritance, legacies, taxes, wills, insurance etc.

The eighth house is related to his unearned wealth or share of profit or money that comes through inheritance. The eighth house is also know as the house of mystery and misery, it has to do with misfortune and mental anxiety, sorrow and strife, worries, delay, dejection, disappointment, defeat, loss, obstruction, blame and ill-repute etc. This house refers to the eighth sign of zodiac, the Scorpio or the Vrischik or Vrischika Rasi.

The natural significator of the eighth house is the planet Mars.

The parts of the body ruled by the eighth house are the prostate gland, reproductive system and the colon. As per Mundane or State or Political Astrology, signifies matters relating to public mortality, the death rate, major accidents and calamities like flood, fire, famine, disease, earthquake, the nation's exports and imports, tax department, debts due from foreign countries, surrender or loss of territory to another country, public loans, debts and interest rates, deficit budget, surgeons, medical officers, health inspectors, slaughter houses and butchers.

It governs all the matters signified by the ministry of pensions and atomic energy. Ninth House The 9th house rules one's teacher or preceptor, higher education and higher knowledge, long journeys, luck, fortune, publicity, grand children, worship, penance, dharma, prayer, spiritual initiation and inclination. This is the house of faith, wisdom and worship. The 9th house rules religious and philosophical beliefs, weather a parson is religious, devoted, charitable, orthodox or meditative all is to be ascertained from this house.

It is considered to be an auspicious house as it shows one's fortune in the present life as a result of past actions. The ninth is the house of intuition and pure reason it rules the higher education, higher knowledge and higher thought. The degree of knowledge one may develop whether collegiate, academic, philosophical, religious, literary, artistic or scientific - is to be deduced from this house. The ninth house presides over research, invention, discovery and exploration. The ninth house governs publishing and all forms of advertising, long journey, sea voyage, air travel, etc.

It determines the amount of travel in far-off places or countries and the success achieved there. We can say this is the house related to broadening one's horizons. This house refers to the ninth sign of zodiac, the Sagittarius or the Dhanu or Dhanush. The natural significator of the ninth house is the planet Jupiter. The parts of the body ruled by the ninth house are the thighs, hip and the buttocks.

As per Mundane or State or Political Astrology, the ninth house signifies law courts, judges, clergy, religious majority, legal departments, matters relating to religion, temples, churches, publishing, universities and those connected with them, emigration and immigration, import and export of the nation. It governs all the matters signified by law and justice ministry. Tenth House The 10th house rules a person's work, commerce, trade, business, success, fame, rank or position in outer world.

The 10th house is related to all matters affecting one's name, fame, honor and recognition; it is described as the house of honor, dignity and public esteem. The chief influence of the 10th house is on one's profession, occupation or business. It is rightfully called the apex of the horoscope, since it denotes a person's worldly attainments achieved through name and fame, power and prestige, credit and conduct, success and status, rank and renown, respect and reputation, and ambition and authority.

One's public life and popularity, his worldly standing in terms of material success and his connection with people in high position should be judged from an examination of the strength of the 10th house.

This house refers to the tenth sign of zodiac, the Capricorn or the Makar or Makara. The natural significator of the tenth house is the planet Saturn and Mars. The parts of the body ruled by the tenth house are the gallbladder and the knees. As per Mundane or State or Political Astrology, the tenth house deals with government and its affairs and its chief executive.

It signifies the head of the State, whether monarch or president or prime minister, also royalty, nobility, the party in office, the national leaders, the upper level of society and those in authority, eminent and distinguished persons and the aristocracy.

It governs the nation's honor, integrity, credit, power and status among the community of nations. This house provides the clue to the political situation prevailing in a country. It governs all the matters signified by the industries, public enterprises and commerce ministry. Eleventh House The 11th house rules a person's friends, social circle, profit, gain, income of all kinds, acquisition, desire and wish fulfillment.

The 11th house is related to friends. It stands for all those who are allied to the native by likeness or sympathy of interest in society, community, clubs etc. It includes well-wishers and close acquaintances. It also includes one's hopes, wishes and aspirations and their realization. The 11th house governs success in any undertakings, whether it is in profession or business, higher studies or election, litigation, speculation, health, etc.

It indicates varieties of income; the 11th house is commonly referred to as 'Labha-sthana' denoting profit or gain. It is through this house that incoming wealth is to be expected. One has to investigate the 11th house to ascertain how far one will succeed in social and financial matters and whether at all he will succeed. 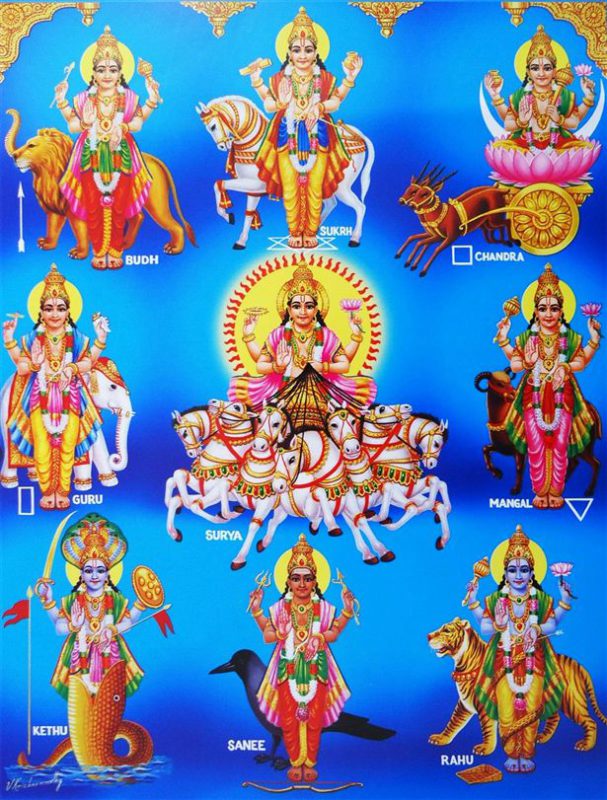 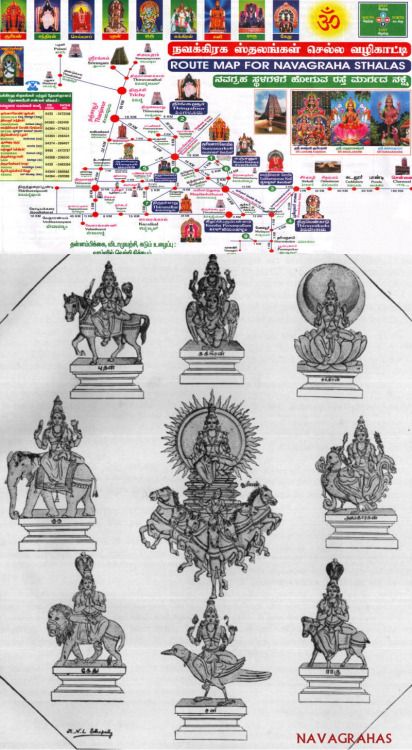 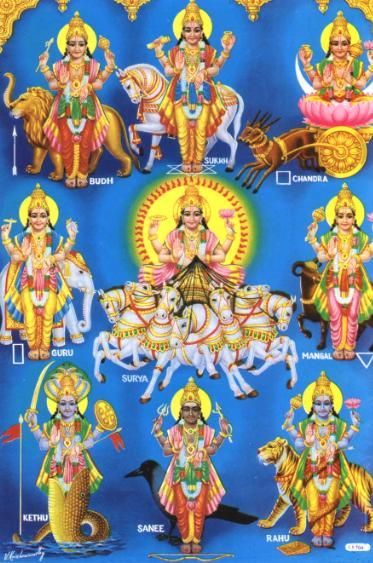 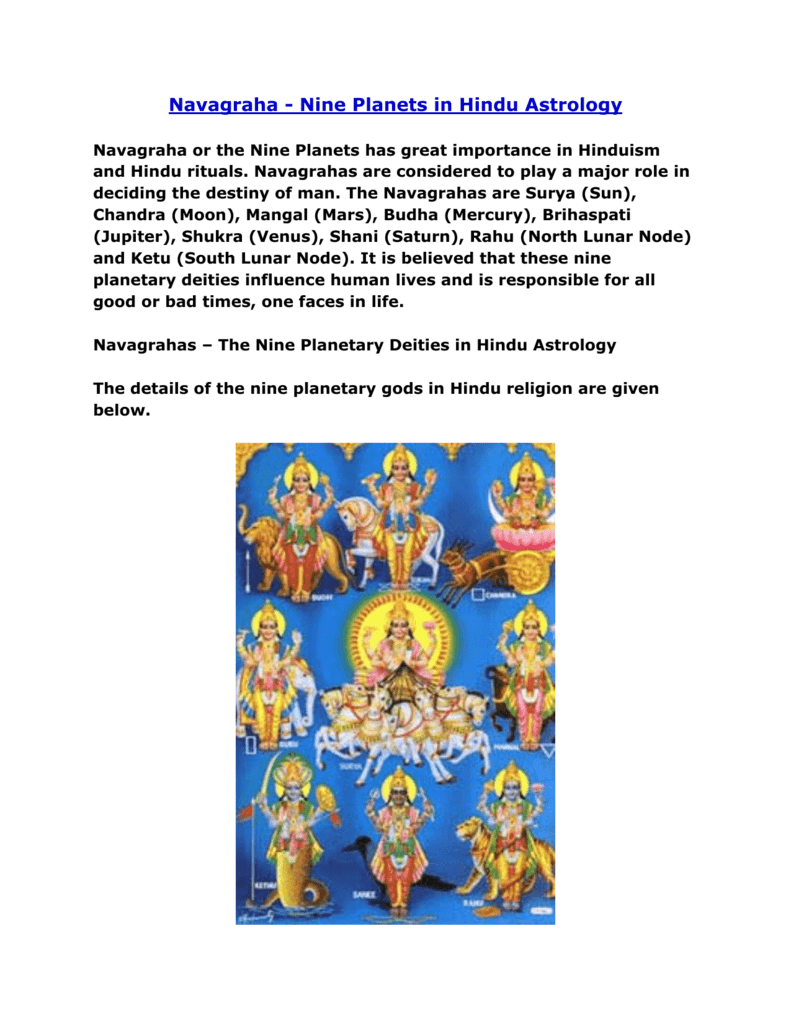 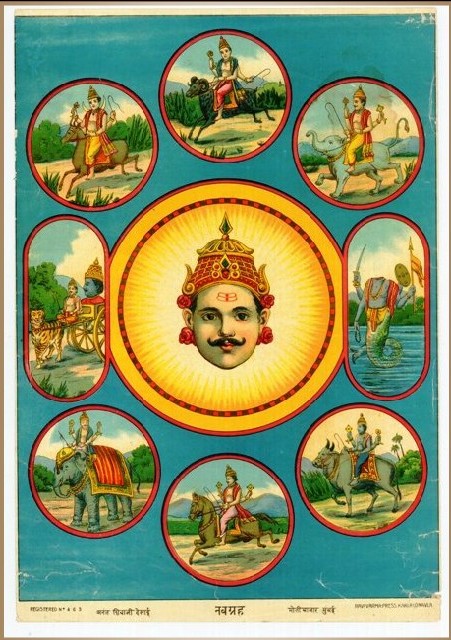